While it’s every aspiring writers dream to have a personal introduction to a publisher, their capacity to launch (or not) your career is incredibly daunting. I wondered how it would work. Surely, they wouldn’t get all four of us to meet the publishers at the same time? And if we did, how could one stand out from the others? How do you communicate that “hey, I’m talented and easy to get along with and would love to work with you” in a non-sucky, non-overbearing way?

Well, we did all meet together and, of course, it was fine. And the publishers turned out to be surprisingly nice, normal people – not exactly sure what I was expecting.
First up was Erica Wagner at Allen & Unwin. First impressions

– like Books Illustrated, Allen & Unwin is housed in a non-descript terrace house – this time double-storied in East Melbourne. There was a dog in the reception – another good sign – although I went to the loo when I arrived and there was a strict instruction manual above the toilet roll about the correct way to place it on the spiel. Hmm…

We met with Erica in the board room. Also, like Books Illustrated she had pre-prepared a platter of tantalising goodies for us. Erica told us that Allen & Unwin publish about 10 to 12 picture books a year. They distribute through Faber and use a UK-based company called Nosy Crow to create picture book apps.
Erica said the Australian public was hungry for Aboriginal stories and showed us original illustrations by Terry Denton of one 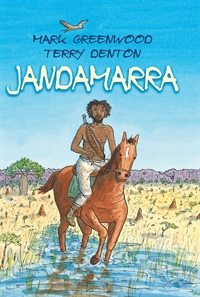 of their latest picture books Jandamarra. The illustrations of the Australian outback were glorious! The story, written by Mark Greenwood, is about an Aboriginal outlaw who, after becoming a police officer of sorts, later freed a mob of Aboriginals and was then tracked down and shot by a cop. We talked about the difficulty of white people writing Aboriginal stories and the negotiations with the community that need to take place.

I’ve always thought of Allen & Unwin as a high literature kind of publisher and was quite surprised when Erica confided that they’d love to find the next Wimpy Kid. She’s looking for fantastic voice, characters kids can relate to, a good story and authenticity. She said you need to be able to imagine giving it to a 10-year-old and them liking it. 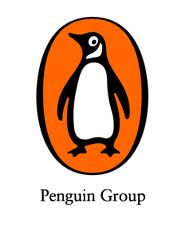 Later that afternoon we went to the flash new offices of Penguin. Located in the Docklands new development area the office was open-plan and felt light and airy. There was something about it that made me think it seemed like an architectural firm rather than a publishing house.
We sat around a little table in an office with children’s editors

Amy Thomas and Katrina Lehman. Katrina was very pregnant – in fact it was her last day on the job before going off on maternity leave. I gave Katrina a copy of Ferret on the Loose, joking that she’d have plenty of time to read it while breastfeeding (and then mentally kicking myself!)

They told us that Penguin publish between 12 and 14 picture books per year. And then went on to talk about who those books were by – Alison Lester, Pamela Allen, Graeme Base, Mem Fox and the like. “So not much competition at all,” I joked (somebody shoot me now!)
They showed us a couple of junior series. Juliet as a Vet and the Eerie Series which was written by a number of authors but marketed as the one writer – S.Carey.

So in a nutshell – editors are nice normal people – who knew? And yes, they want great stories, they just don’t quite know what that is until they see it. Ah, there’s the rub!